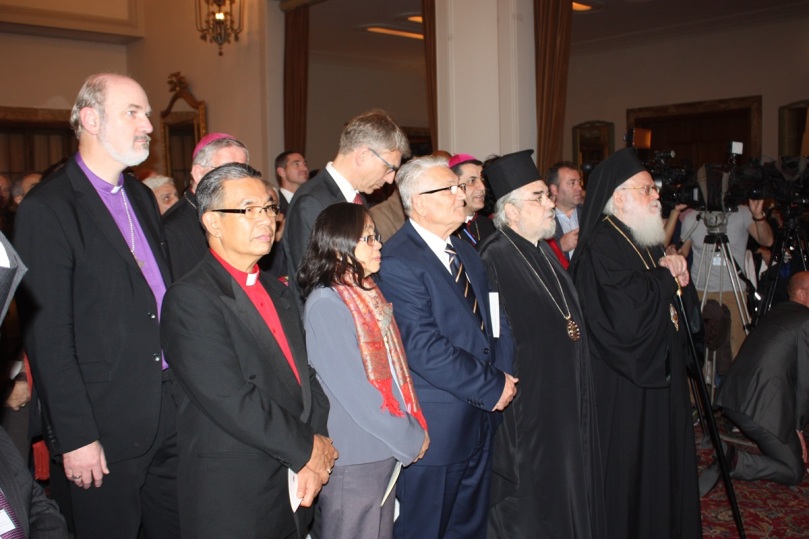 In an ‘astounding admission,’ global church leaders repent for past abuse of other denominations.

CHR Comment: In November 2015, the Global Christian Forum met in Albania, hosting 145 representatives from the World Evangelical Alliance, Pentecostal World Fellowship, the Vatican, and the World Council of Churches. The theme of the conference was “Following Christ Together,” which sought to foster greater ecumenical cooperation during these difficult times of persecution. A press release from the meeting acknowledged that Christians persecuted one another as well as other religious persons. Forgiveness is the doctrine and practice by which the church stands or fails.

The article linked below also summarizes a litany of stories about Christians apologizing to other Christians for persecution and other offenses. Most of the stories are from 2015, though the Pope’s apology to Pentecostals is from 2014.

Source: The Biggest Apology for Christian Persecution of Other Christ… | Gleanings | ChristianityToday.com