CHR Comment: The article is a book review for The Sultan and The Queen, which explores the trade relationship between Protestant England and Muslims.

Source: The Secret History of Elizabeth I’s Alliance With Islam

World Watch Monitor’s sources said the prosecutor’s office is seeking advice on how to proceed with the case.

CHR Comment: After receiving evangelism training, some Ethiopian teens handed out a book that addressed issues raised by a South African Islamic scholar. The book they passed out was titled, “Let’s Speak the Truth in Love.”

Source: Ethiopian Christian Teenager Arrested For Evangelism Is Back In Jail | Christian News on Christian Today

Israel last week suspended its ties with UNESCO over the draft resolution.

CHR Comment: Toward the end of the article is a statement from an Arab representative who states that the UNESCO resolution acknowledges sites as Jewish, Islamic, and Christian though only Arabic names are used, which could be interpreted as excluding the Jews. (Arabic is a language used by both Christians and Muslims but apparently not so much by Jews.) 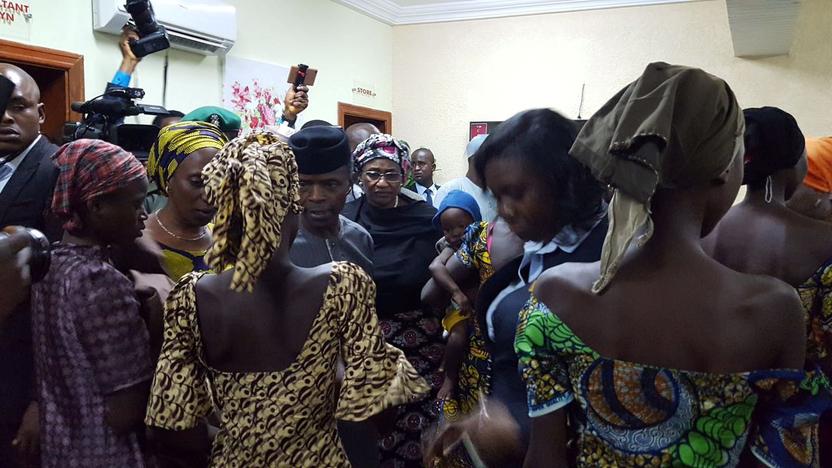 CHR Comment: Earlier reports made clear that many of these girls are from Christian families. See the New York Times article below.

There’s a “Muslim youth bulge” — and it’s happening in country after country.

CHR Comment: The article describes the higher birth rate in Muslim populations, which also tend to be poorer and in circumstances where there are fewer opportunities and more frustrations, leading to rebellious actions. Several infographic comparisons with Christian populations are included.

Source: Why the world’s Muslim population is growing so very, very quickly – The Washington Post

Asia Bibi, the Christian on death row for blasphemy in Pakistan, will have her final appeal against the ruling heard by the Supreme Court in the second week of October.

CHR Comment: The article includes a brief description of Bibi’s statement of faith and question that has resulted in charges of blasphemy. It also describes the belief of Pakistani Muslims that Christians are unclean and an example of how this affects social interaction.

Source: Asia Bibi’s last appeal against death sentence for blasphemy to be heard in October | Christian News on Christian Today

CHR Comment: The article does not explain why the anti-immigration group targeted this congregation for their protest.

The Nigerian Islamist group Boko Haram releases a video showing some 50 of the schoolgirls seized by the group from Chibok more than two years ago.

CHR Comment: Boko Haram continue to abuse and exploit the Chibok girls whom they took captive in April 2014. The report notes that many of these girls are Christians, now forced to “marry” Islam militants.

Attacks against Coptic Christians in Egypt average about one a month over the past three years.

CHR Comment: 10% of the population is Coptic. The article describes how laws in Egypt interfere with Christians building churches and how government efforts to curb persecution are ineffective. Features of these rules and practices are similar to those used by Muslim leaders over the centuries to prevent the growth and spread of Christianity.

This ancient Christian country coveted by major powers is showing the world how a nation can survive by never relenting in its defence of its faith.

CHR Comment: The article describes the on-going influence and value of the Christian heritage of Georgia, which dates back to the fourth century. The article notes the suffering imposed by Muslims in the medieval era and by Soviets in the modern era.

Source: Christianity is this ancient country’s key to survival: Where people defend their faith ‘to the last drop of blood’ | Christian News on Christian Today