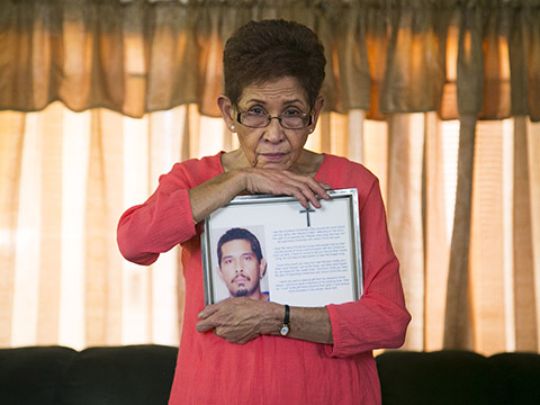 Mother whose son died in 2005 decided she had to come forward with her son’s story about archbishop’s abuse because she knew the first victim.

CHR Comment: Normally I do not repost or comment on these stories with allegations against church officials. However, the release of this story alongside another case moved me to add something to the history log about these events. Sadly, such cases of abuse are all too real and destructive to the life of the church and to human beings generally. The problem of sinful abuse is ever present where corruption prevails.

The first story is about Archbishop Anthony Apuron of Guam who is relieved from his duties while under investigation after three allegations of abuse. The story explains that Apuron continues to hold the title of archbishop and that the Roman Catholic Church claims the sole right to investigate and judge their clergy, a matter that goes back to medieval distinctions between civil and canon law and the jurisdictions that applied with each. Although this case is still under investigation, recent history has included many examples of abusive clergy brought to justice.

The second story link below is about a “Christian” English teacher, Richard Huckle, who taught in Malasia for c. 9 years, repeatedly abused children, and even composed a manual on how to commit such sins and get away with them. A London court has given him 22 life sentences. His case perhaps presents the most compelling argument for the death penalty, given the callous, destructive nature of his crimes. Huckle is a most dangerous, predatory person who wants others to repeat his crimes. Keeping him alive seems exceptionally dangerous to the most vulnerable persons in society.