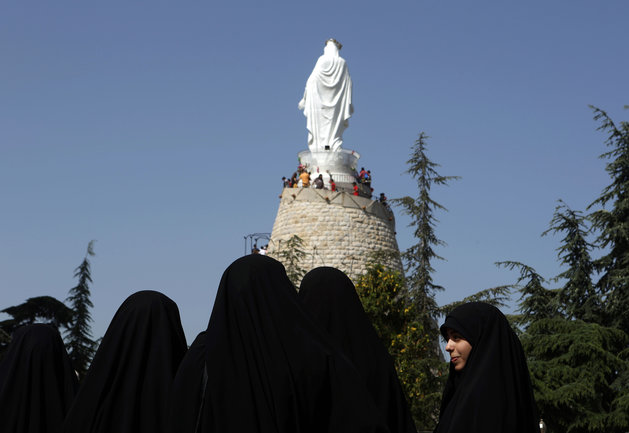 The Blessed Virgin has become a “symbol of unity” in Lebanon.

CHR Comment: The Shrine of Our Lady of Lebanon draws both Catholics and Muslims who honor Mary in different ways. The article points out how often Mary is mentioned in the Quran, which has a significant focus on Mary. This is likely due to the rising importance of Mary as a saint and example in early Christianity, which in turn influenced Mohammed as he wrote the Quran.

Source: Why Catholics And Muslims Alike Come To Pray At This Shrine To Mary