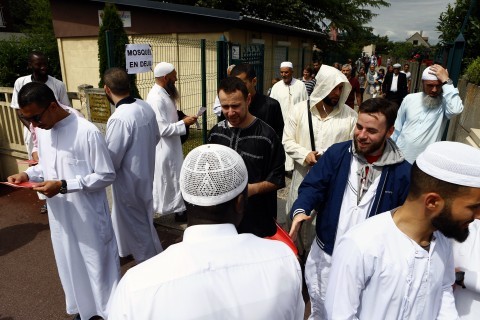 Muslims and Catholics joined in Friday prayers at the mosque in the Normandy town where an elderly priest was slain this week, with one imam chastising the extremists as non-Muslims who are “not part of civilization.”

CHR Comment: The article explains that the Catholics had sold the plot of land to the Muslims so that they could build a mosque. Moderate Muslims want to rebuild peaceful relations.