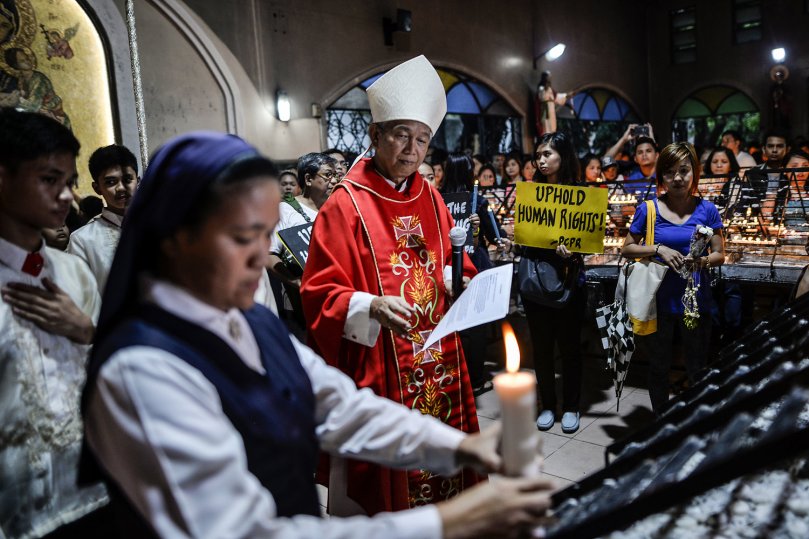 The profanity-prone president and his country’s Catholic Church are at loggerheads, mostly over Duterte’s war on drugs, which has killed more than 7,500 people in less than a year.

CHR Comment: The pastoral letter from the bishops’ conference opposes the war on drugs as a reign of terror and opposes use of the death penalty. The Philippines are 80% Roman Catholic.