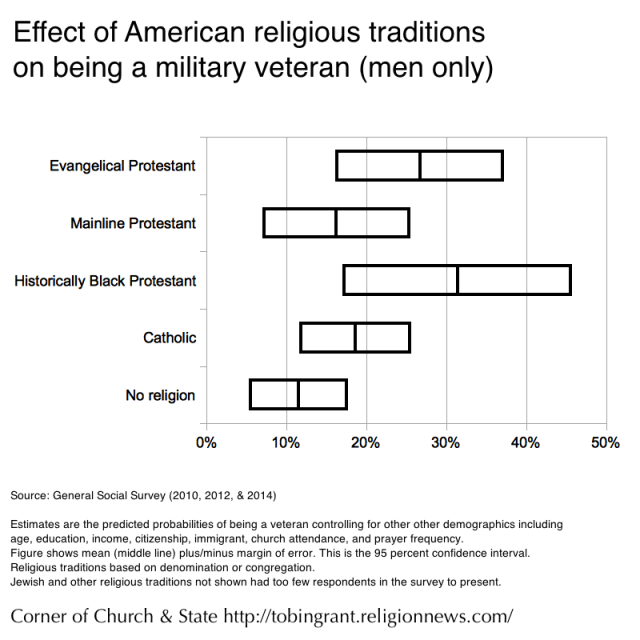 CHR Comment: Tobin Grant demonstrates that American veterans are significantly more likely to be church goes than those who are not religious. Evangelical Protestants and members of historically Black Protestant churches are most likely to be veterans.

Source: Religious people are more likely to be veterans: Two graphs on veterans in American religion – Corner of Church and State

A majority of the public says science and religion often conflict, but people’s sense that they do seems to have less to do with their own religious beliefs than their perception of others’ beliefs.

This poll distinguishes the views of Evangelicals from mainline Protestants. Unfortunately, it includes no data about Roman Catholics. AP Poll: 5 things to know about what Americans think about gay rights and religious liberty | Fox News.