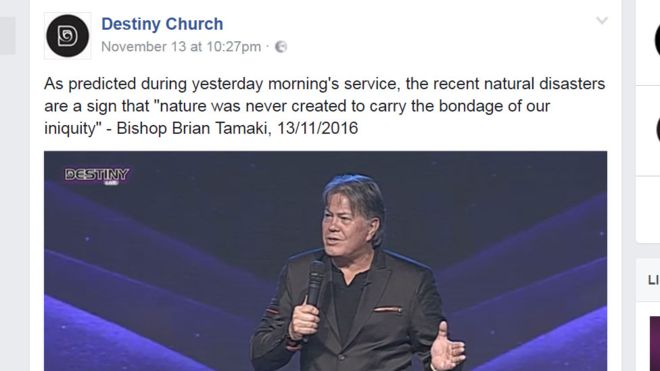 New Zealand preacher comes under fire over claim earthquakes are caused by homosexuality and sin.

CHR Comment: David Gushee’s opinion piece released by the Religion News Service notes that United Methodist conferences have been debating the issue of homosexuality and church life since 1972. Recently, activists in the Reconciling Ministry Network have stepped forward to declare themselves homosexual. This action challenges the existing United Methodist standards on the issue, opening the possibility that those who have outed themselves could be disciplined. Gushee also includes some brief listing of biblical texts and arguments about why the United Methodist Church continues to teach that homosexual acts are sinful and a cause for repentance.

Pope Francis lays out his case for emphasizing the merciful face of the Catholic Church in his first book as pontiff, saying God never tires of forgiving and actually prefers the sinners who repent over self-righteous moralizers who don’t.

CHR Comment: Based on reviews, Pope Francis is clear that he believes God is merciful and that Christians should also be merciful. However, the book is not clear on another point of doctrine that is essential to that emphasis. It does not provide clear answers about sin, or at least about certain controversial topics. If the doctrine of sin remains unclear, then the doctrine of repentance and forgiveness remains unclear. If forgiveness is unclear, people may be left in self-righteousness or uncertainty and the result is not mercy but malaise. More to come on all this, to be sure.

The second review posted below includes some direct quotations of the book. His comments on the issues of corruption are most interesting.

Source: Francis lays out case for mercy in 1st book as pope – The Washington Post

Stolzfus said he turns to running whenever he’s tempted to sin.

CHR Comment: Leroy Stolzfus nearly qualified for the Boston Marathon for his age group! He mixes the modern and American running movement with his traditional Amish beliefs and practices, which results in an interesting expression of faith and culture.

Jerry Newcombe, author of The Book that Made America, writes about our need for atonement and the Jewish aspects of Good Friday. Agnus Dei: The Jewish Messiah.

This article explores the differences between evolutionary biology and creationism. What creationists should not forget is that Christianity also teaches that the creation is corrupted since the fall into sin. Things don’t always function as they should.

Re: Is Most of Our DNA Garbage? – NYTimes.com.