The Polish priest announced on Oct. 3 that he was gay, on the eve of the Vatican’s synod on the family.

CHR Comment: The interview expresses significant disappointment in the synod on the family, the Vatican, and the Catholic Church in general. Charamsa does not think the church will change its doctrine. Yet the disaffected priest still expresses hope that Pope Francis will foster greater openness to homosexual Roman Catholics. One wonders how Charamsa’s public and defiant actions affected future discussions of the issues.

Source: Defrocked gay Vatican priest says he has no regrets 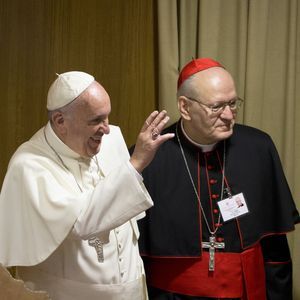 The final document was an obvious compromise intended to gain support from both reformers and hardliners.

CHR Comment: Statements from the media seemed especially sensitive to some of the rhetoric from members of the synod. Articles published in the International Business Times and Reuters News Service described the pope as “lambasting” conservatives. The attached USA Today article accused the synod of punting on the topic of homosexuality. Members of the media seem intent on pushing for change in Roman Catholicism. One headline described the church as moving to the left slowly. The new statements about divorce are significant.