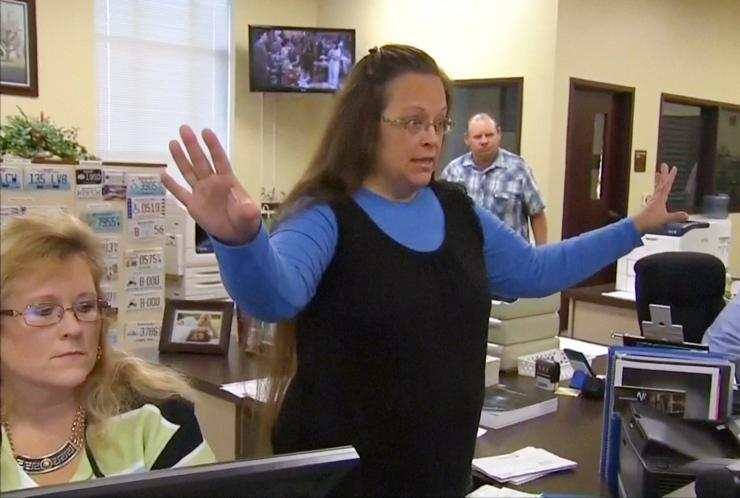 Kim Davis, an elected official in Rowan County, was scheduled to appear in court Thursday on contempt charges for refusing to issue marriage licenses to gay couples.

Reuter’s points out that Kim Davis, who continues to make headlines, is an Apostolic Christian, a member of a conservative Anabaptist group that settled in the American Midwest. The “ACs” are known for their deep personal faith commitment and also for patriotism, though members of the church do not fill combat roles in the military.