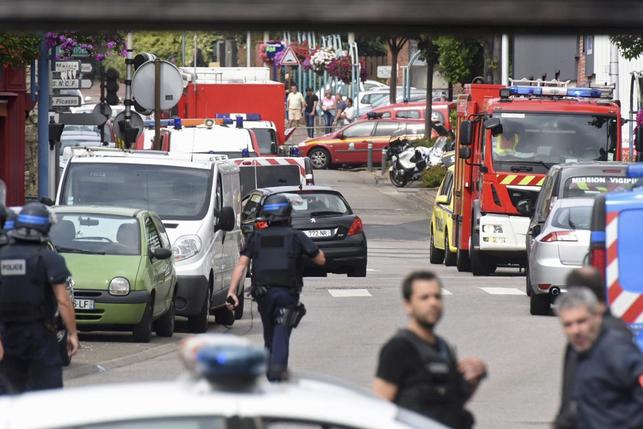 CHR Comment: The dramatic murder of Father Jacques Hamel at Saint-Etienne-du-Rouvray in France while he was finishing mass illustrates the senseless brutality of ISIS inspired “soldiers.” Remarkably, the terrorists chose as their target an 84-year old man. The terrorism experienced by so many Near Eastern Christians continues to crop up in Europe and North America in 2016, illustrating desperate measures by devotees of the declining Islamic State. Father Hamel is rightly remembered as a martyr of the Christian Faith. Lord, have mercy.

I’ve added a more recent article below, which includes further information about the attack. And now a third article about ISIS.