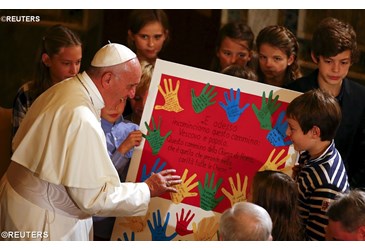 CHR Comment: The Pope recently visited a Lutheran congregation in Rome. According to Rev. Martin Junge, president of the Lutheran World Federation, the last three popes have made such visits and relations are mending between Lutherans and Catholics, working toward intercommunion. Expect significant develops around the time of the 2017 anniversary of the Reformation.