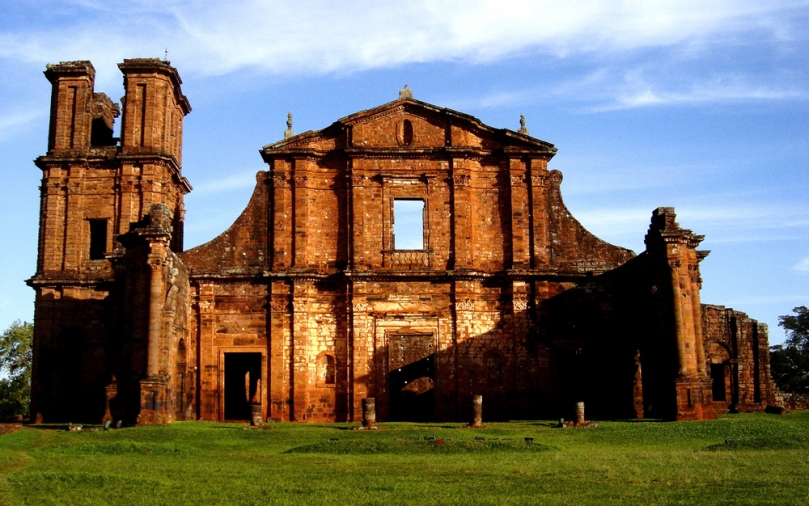 CHR Comment: The article references the rise, decline, and ruin of seventeenth century Jesuit missions in southern Brazil where Guarani people clashed with Spanish and Portuguese soldiers. Bricks used in the mission buildings recorded information about the magnetic poles of the earth.