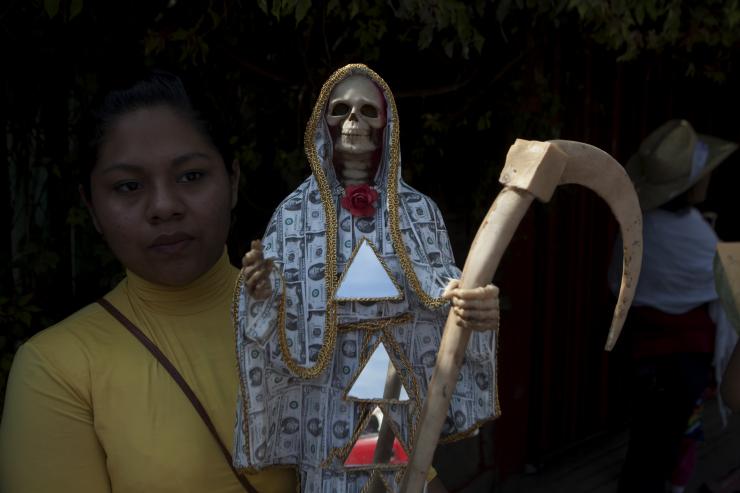 Described as the fastest-growing religious movement in the Americas, the cult of Santa Muerte is about seeking safe passage to the afterlife.

CHR Comment: Blessed Reformation Day! This is a great example of syncretism in Mexican culture, where the Mayan religion involved human sacrifice and mixed with ideas from Catholicism. Thankfully, the Roman Catholic Church regards this as blasphemous. Unfortunately, the actions of conquistadors from that area were likewise dishonoring to the Lord.