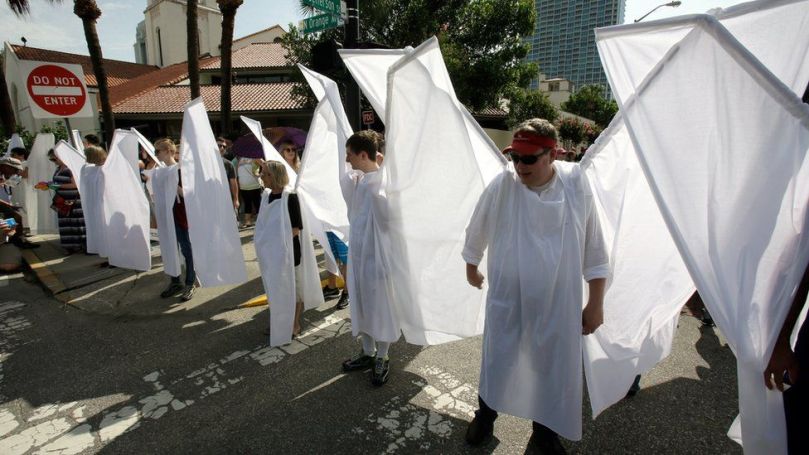 People in Orlando have dressed as guardian angels to protect the funeral of one of the Orlando shooting victims from homophobic protesters.

CHR Comment: The Westboro Baptist Church has about 40 members and is notorious for demonstrations at funerals. In this case they are protesting at funerals for the homosexuals killed at the Orlando club shooting. The church members seem unconscious to the offensive nature of their protests, which only seem to undermine the Christian message.